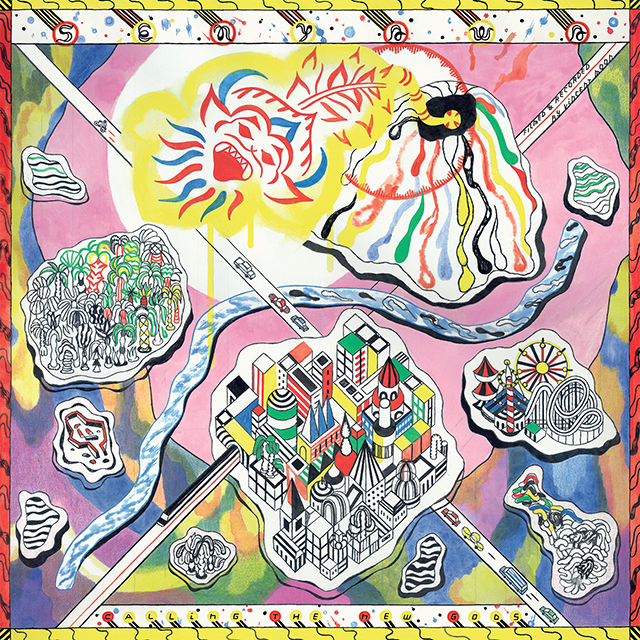 The film Calling The New Gods, by Vincent Moon, is the document of musicians Rully Shabara & Wukir Suryadi of the group Senyawa playing & being filmed on location, outside, tracing a path ​from the outskirts of Yogyakarta, ​Java (on the border of a rice field, on the edge of a garbage dump, etc.) until the center of the city (in the middle of a market, in a fair). In a sort of mandala, of centripetal spiral, during an entire day, from dawn until dusk, the film – with soundscapes shared between the music of Senyawa and field recordings – captures the powerful, unique & fascinating presence of the Indonesian duo in the middle of the physical landscapes and human mosaic that helped create it.

Two and a half years after the first contact between our label and the musicians & filmmaker, the time has come to expose the work to a new audience via another inward spiral, that of seven songs from the film’s soundtrack on a 10″ vinyl, with an added etymological obviousness: that this recording is released on Okraïna, which is Russian for the outskirts, the suburbs.

Filmed, recorded and mixed by Vincent Moon
in situ in Yogyakarta (Indonesia, Java) in January 2012
– w/ the help of Aniza Santos and the people of Yogyakarta